My Time at Portia Wiki

What's on your mind?

Selected French though sometimes the game switches to English. Is there a way to fix?

I had the encounter with Remington but the recipe did not appear in my workshop list. How do I get the recipe?

I am currently having problems with selecting new missions at the Commerce Guild. I am playing on a Nintendo switch.

There is a blue exclamation over the commission Board and it won't let me click on it.

Does anyone have any idea how to fix this glitch? Or have any suggestions because I can't move forward in the game.

I’ve been playing on and off for around a year, have a pretty basic house. Not overly serious about the game, just playing casually. What do you do with all the relics from the abandoned ruins?!

My Time at Portia (console version)

As I recently said in a comment on the post announcing the latest update, My Time at Sandrock's release is approaching and Pathea's focus will understandably switch further into handling that game's issues and post-launch development in general.

Knowing this, I decided to sort and list the issues that still remain in My Time at Portia, hoping it'll help the devs fix them sooner rather than later.

I'll also separately list things that may not be considered issues by the devs and/or the players, but that I feel should be changed in one way or the other.

If anyone has additional items to contribute, I'll see about adding them to the list.

As a final suggestion: I know this is a tall order for any dev, but I really believe Portia could benefit a lot from implementation of out-of-the-box mod support (possibly through the Steam Workshop). Games like Portia, with large worlds and a thriving playerbase, are the ones that usually benefit the most from modding. It also would possibly be an alternative solution to the issues I listed above.

This is most likely too time-intensive to be done now, but, perhaps, it could be something to consider down the road, when Sandrock's already released.

I have posted the same list on MtaP's Steam Community and the MtaP subreddit and will keep all updated, when adding new items, either remembered by me or contributed by other people.

I'm playing on the Switch and the game crashes whenever I try to go into the Abandoned Ruins in the desert. I have the game on PC as well and I have no issues. Is anyone else having this issue on console or am I just unlucky?

I don't understand the new update,

So the 2.0.141541 in the Epic Game version the same as the 3.0 update in steam? though the change list didn't change in-game in the epic game version of the game which I'm currently in. can someone clarify me in this because here I thought my game didn't update properly since the game version didn't change. 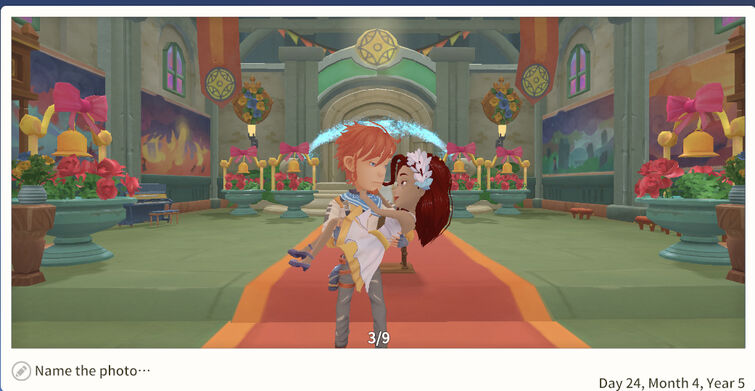 How do I become his girlfriend?

(I have tried but he rejects me).

Can you breed fish with a fish tank in a house

On Nintendo switch, does having furnaces and stuff in the house or factory count toward the 50 item yard limit?

I had two king wise fish (wiser fish) in the smallest tank, and then more and more started appearing, until I decided to take a few out, because there were 6 or more, and when I took two out, the rest disappeared.

Day 3 morning 6-8 fish in tank, took two out, and I could not take any more out, when I picked up the tank, the rest of what looked like fish disappeared.

I'm having a big problem In the game after I receive Pa's gift, the next day is the scene where Pa leaves. But then the game crashes again, I can't continue playing that world. Please help me.

Been playing My Time At Portia, I love the game in fact waiting for My Time At Sand Rock to come out. I am missing a wooden crate and every time I buy something like the invitations for a party, they vanish, i can't find them anywhere.

Help us grow My Time at Portia Wiki