The Alliance of Free Cities is a political alliance between several cities with the intent to protect themselves from the antagonistic country, Duvos. The alliance comprises Portia, Lucien, Atara, Highwind, Sandrock, Tallsky, Walnut Groove, and Vega 5. The alliance borders several non-affiliated countries, such as Ethea, Barnarock, and The Peripheries.

The Alliance of Free Cities started to take form about 80 years ago (Year 18 after Peach), after settlers from what is current day Ethea moved south and settled around the area. At that time, ruin divers from Ethea were looking for more ruins to operate, opening up new mines everywhere across what would later be known as the Free Cities landscape. The pioneer groups were all acting independently and were unorganized; many were lost to disease, monsters, and starvation in these early days.[1]

They discovered that the weather was much more stable in these parts; there were already forests, animals, and many sources of clean water. Word spread to their compatriots back home, triggering a large migration from Ethea and even some from Barnarock. Many towns formed, eventually growing into the modern Free Cities.

The alliance was formalized hastily 67 years ago (Peach Calendar Year 31), when the Duvos Empire first set its sights on the Free Cities’ resources. Employing its superior weapons technology, the Duvos forces destroyed the city-state of Baja overnight. Formerly loose allies, Ethea and Barnarock rushed to help defend the border, and together their armies pushed back the invading forces at the city-state of Lucien, but only after losing three city-states during this two-year war (Baja, Arcadia, Mobius). The Alliance of the Free Cities Treaty was then officially signed after the war in Year 34 with the capital seat in Atara. Ever since, the Alliance has been a coalition based on equal member rights and mutual defense, as well as an economic bloc.

The Alliance fought another war with the Duvos Empire in Year 76. Due to new advancements in technology from Vega 5, the Alliance fought Duvos to a draw in this engagement. Relations between the Alliance and the Empire have since been contentious with random skirmishes on the border breaking out until a year ago when the two signed a peace treaty.

The city-state of Doss was destroyed by an enormous creature from the Peripheries 30 years ago (Year 68). 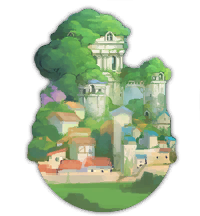 Atara is a country north of Sandrock and Portia. It is the political and financial center of the Alliance of Free Cities. It is the most populous and economically advanced city-state, and is known for its wealth and prestigious university.

A city-state known for its botany research and monsoon winds. Most of the power in Highwind is thusly generated through wind power instead of power stones. This city is known for the use of gliders as well. There are actually two centers in this city, Highwind West, which is a little inland, and Highwind East, which is by the sea. It borders Ethea and Barnarock.

The industrial city-state bordering the Duvos Empire, it is the focal point of the Alliance’s defenses. Lucien is located on top of several large industrial ruins, giving it access to large engines and other parts needed to power military equipment and vehicles. The famed Flying Pigs adventurer guild is also located there. Lucien borders the countries of Duvos, Meidi, and Atara. Due to its close proximity with Duvos, Lucien is known to guard itself from the persistent Duvos invasions.

Portia is a town located near the shoreline of the Western Sea. Portia was built upon the ruined city of Dubei; remnants of Dubei still linger within the outer walls of Portia, including decaying buildings and sewage plants. The town is governed by Mayor Gale and has its own Church of the Light and a base of operations for the Civil Corps. The Commerce Guild of Portia is located in Peach Plaza. It is trying to establish itself as the central hub of the Free Cities

Located on top of several large ruins, this arid, dry city-state north of Portia is located in the Eufaula Desert. It gets most of its water from Portia and Atara. Sandrock has the lowest population of all the Free Cities.

Sandrock is the featured location of My Time at Sandrock, the second game in the My Time series. Some new characters from Sandrock will appear in My Time at Portia in future updates, and a news story in the Portia Times was added in version Steam 2.0.141082 (not available on console versions yet) that ties into the new game:

Tallsky is the southernmost city of the alliance, bordered by Tallsky but with access to Vega 5, Portia, and Highwind by sea. It's built on top of a large orbital insertion accelerator from the Age of Corruption. This city-state has several large ruins in its territory, supplying the Free Cities with engines for planes and ships as well as weapons from the past. It is also sometimes called the City of Builders due to a large amount of Builders there. Its agricultural exports include Golden Ginseng, Tallsky Goat Milk, and Cheese.

A city-state built on a crashed space cruiser in the Western Sea, it is the center for research in the Free Cities. Many relics are brought to Vega 5 for testing and refurbishing. People often say that the Vegans live in their own research-heavy cultural bubble, not caring too much about what the outside world thinks of them. Vega 5 is the only city besides Atara that is known to have its own university.

A very cultured city-state southwest of Portia and north of Tallsky, Walnut Groove is a gathering place for artisans and craftsmen. This city is a center for the arts, it is famous for its musicals and plays. This city is also known for its carefree lifestyle and fine cuisine.

The Church of the Light is the main religion of the world, including the Alliance of Free Cities. The Portia branch is led by Minister Lee, who despises the use of technology as it was the main cause of the destruction of the world.

Church Enforcers do not have jurisdiction in the Alliance of Free Cities.

The Alliance of Free Cities formed the Civil Corps, a group that protects and serves the alliance from the Duvos. The Portia branch is led by Arlo, with Remington and Sam as members of the branch.

A renowned guild called the Flying Pigs consists of the best fighters and adventurers from the Free Cities. First formed in the Free City of Lucien, this fighting group is committed to world exploration and the protection of the weak.

Trade within the Alliance of Free Cities is accomplished through the Commerce Guild. When a country sends out a commission, it is listed in the Commission Board and commissioned under the countries name. All commissions from these countries outside of Portia are completed by the Secretary of the Commerce Guild, in this case Antoine.

Other trade can also occur. For instance, Sandrock's geographical position and climate lacks water and thus requires water supplied by another party, such as Portia.

This article or section is a stub. You can help expand it. Comments: Add other relevant reports

Several stories about cities besides Portia are published in the Portia Times during the game:

The city states of Baja, Arcadia, and Mobius were once part of the Alliance, but were taken over or destroyed by Duvos, and nothing is currently known about them.

The city state of Doss was destroyed 30 years ago (Year 68), and all that is currently known is from Remington's date dialogue (not currently logged)