Crystals can be obtained by quarrying rare blue crystal deposits with an Iron Pickaxe or higher. There are 2-3 deposits on Amber Island, a few within Amber Island's Cave (or the Haunted Cave), and another 2-3 in Collapsed Wasteland (see map in gallery). Crystals within the Haunted Cave may respawn more frequently than ones outside the cave.

Crystal can also be grown on a Crystella Tree Seed in a Large Planter Box, both purchasable from the Church Store. Using Fertilizer and/or having the Farming Guru skill can increase the amount harvested.

Crystal is used in crafting several equipment and furniture items on the Worktable and late-game refined materials with the Factory. It can also be gifted.

Crystal is a required ingredient when crafting the following items:

Crystal can be used to craft the following items:

Crystal can be given as a gift to other characters. 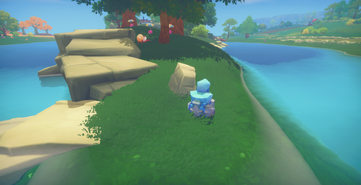 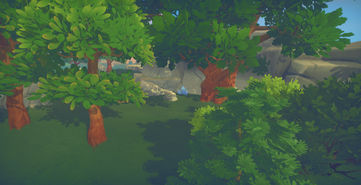 Small crystal deposit on Amber Island off the bridge, straight ahead and under the large tree. 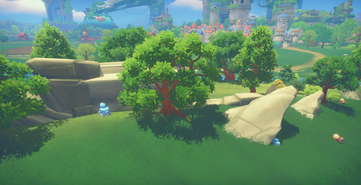 One large and another smaller crystal deposit on Amber Island to the left of the entrance to the Haunted Cave, one by the cave wall and the other next to the boulder. 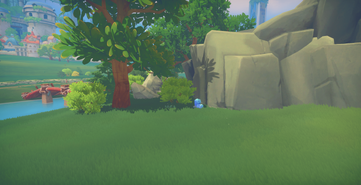 Small crystal deposit on Amber Island off the bridge, to the right, behind the Haunted Cave and next to the Coriander field. 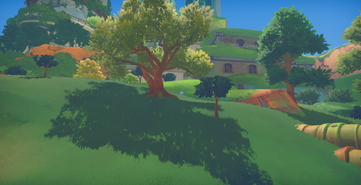 In the Collapsed Wasteland, slightly up and to the left of the Sewage Plant ruins. 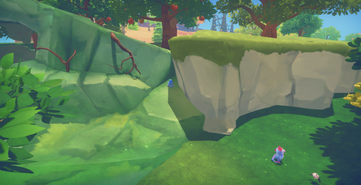 In the south-east corner of the Collapsed Wasteland on the ridge line below Bassanio Heights close to the spawning grounds of the Slurpee and Panbat. 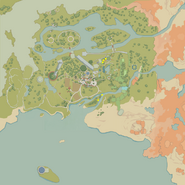 Some of the known areas of crystal spawning (from Switch) 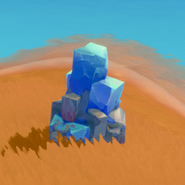 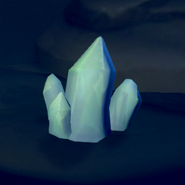 Small crystal deposit inside the Haunted Cave.
Add a photo to this gallery

Retrieved from "https://mytimeatportia.fandom.com/wiki/Crystal?oldid=74565"
Community content is available under CC-BY-SA unless otherwise noted.