Southeast central region within the Alliance of Free Cities

The player arrives to Portia from Barnarock via boat to start a new life at their Pa's workshop, and the story of the game is all about the player getting to know the citizens, expanding the prosperity and influence of the town, and protecting it from outside forces that seek to do harm.

Spoiler Alert: This page may contain spoilers. Proceed with caution!

Prior to Portia's establishment, according to Lucy, the land that seats Portia was formerly known as Dubei. After a calamity that befell the world 330 years ago, old ruins and damaged structures remain and the world was shrouded in darkness. 100 years before the current age, a man named Peach dispelled the clouds and brought sunshine back to the world. His heroism is celebrated everywhere, leading the townsfolk of Portia to create a statue honoring him in the town commons of his namesake.

Over 80 years ago, Portia had been established over the ruins of Dubei. At the same time, the Alliance of Free Cities was formed, when settlers from Ethea settled in the area.

Over the course of the year, Portia had seen some development, having its own political office and government, school, Research Center, clinic, and several shops and residential homes.

After the arrival of the player, having traveled from Barnarock, Portia began thriving, with new structures and access to several new areas previously inaccessible on foot. A neighboring town called South Block had been built, with the help of A&G Construction, to serve as a resting place for travelers arriving from Sandrock. The Portia Museum also opened its doors, led by Research Center director Merlin.

Portia is home to several places, such as the school, Research Center, Portia Times, and more.

Portia has at least over 45 residents currently living in Portia, including the player. The residents of Portia are known as Portians.

The Church of the Light is Portia's main religion. Lee is the Minister of Portia's Church of the Light, with Nora as a Sister. The church is located on top of the hill, above the Abandoned Ruins 1. Every Sunday, Portians attend Mass to listen to Lee preach against the use of technological advancement.

The Portia School is the educational facility for younger generations, taught by Lucy. Lucy teaches Toby, Jack, Dolly, Polly, and Molly various subjects, including the history of Portia and mathematics.

Portia, as a member of the Alliance, was involved in the war with Duvos in the past. There is currently a peace treaty in place between the Alliance and Duvos.

Gale is the current elected mayor of Portia, operating in the city's Town Hall.

Portia does not have a militaristic group; however, a Civil Corps branch is operated by Arlo in Portia. Sam and Remington are members of Portia's Civil Corps. The headquarters are located north of Portia, near the Abandoned Ruins 2. Criminal subjects are confined in the holding cell in the Civil Corps headquarters.

Central Plaza is home to most of the businesses of Portia, including Total Tools and Best Brother.

The Commerce Guild is the center of commerce and trade for the city of Portia. Presley is the commissioner of the Portia branch, helped by Antoine working at the front desk and providing payment to the builders.

Technology in Portia is not as advanced as Vega 5. Transportation is limited to motorized vehicles on land and a simple passenger liner on sea run by Wuwa. Eventually, the Portia Harbor is transformed into a commercial hub for sea trade, with the addition of a lighthouse and harbor crane.

The development of the Dee-Dee Transport System allows for regional land transportation around Portia, extending to the Eufaula Desert, the Western Plateau, and the Somber Marsh.

The Research Center, directed by Merlin, is the technological facility, where the scientists can research the relics of the past and extract data from the Data Disc to create diagrams for advanced technology.

Initially, Portia had little to no tourist attractions. With the help of the player, several new attractions were built to attract tourists from the Free Cities and surrounding countries.

Portia holds eight different holidays and festivities throughout the four seasons. Each season has one festivity and one holiday to commemorate the events that had happened in previous eras.

During these festivities, Portians are more grateful towards gifts given by the player, rewarding double the points.

There are many art pieces on display in Portia, including the following:

Catmaid (on display in The Round Table); based on "Danae" by Rembrandt

Based on "Wheat Field with Cypresses" by Van Gogh

The ruins in Eufaula Desert

Faces; inspired by Picasso and/or Cubism

Painting: Girl, based on "Girl with a Pearl Earring" by Johannes Vermeer

Farewell from Dad & Grampa, featuring two men, a dog, and a hammer

Based on "Mona Lisa" by Leonardi Da Vinci

Based on "Portia" by Henry Woods

Based on "Napoleon Crossing the Alps" by Jacques-Louis David

Painting: Boy, featuring Oaks with a Colorful Llama; based on contest-winning fan art by sleppuccino

Based on "Winter Landscape" by Wassily Kandinsky

Based on "Apples and Biscuits" by Paul Cezanne

Based on photo "Earthrise" from NASA

Knight of the Round Table

Based on "Starry Night" by Van Gogh

Painting: Street; based on "The Yellow House (The Street)" by Van Gogh

Based on "Sower at Sunset" by Van Gogh

Based on "Sunflowers" by Van Gogh

Painting: A City on the Sea, featuring Vega 5

Aftermath of Age of Darkness

Aftermath of Age of Darkness

Based on the Flying Horse of Gansu from around 200 AD.[1]
Add a photo to this gallery 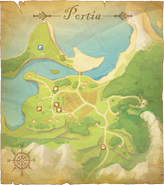 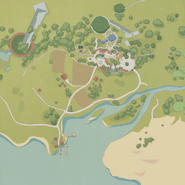 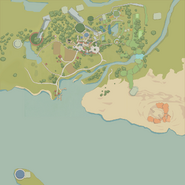 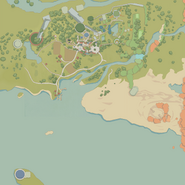 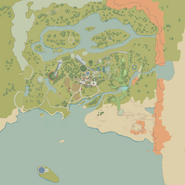 Alpha 9.0
Add a photo to this gallery

Retrieved from "https://mytimeatportia.fandom.com/wiki/Portia?oldid=71429"
Community content is available under CC-BY-SA unless otherwise noted.