Saint's Trousers can be obtained from a special treasure chest in the Somber Marsh along with the rest of Saint's clothing set. The chest is hidden behind the unique breakable rock that spawns after the player receives a letter from Sam containing the Treasure Map leading to the chest's location.

Saint's Trousers can be put in the clothing slot in the Inventory menu in order to boost the player's Defense by 320 and Stamina by 55. It also provides one extra Action Point if worn during dates and play dates. It requires a player level of 48. 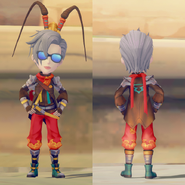 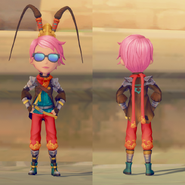 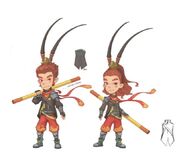 Retrieved from "https://mytimeatportia.fandom.com/wiki/Saint%27s_Trousers?oldid=76295"
Community content is available under CC-BY-SA unless otherwise noted.