Vega 5 is a man-made island city known for its advanced relic-based research and technology, located directly south of Portia. It is a member of the Alliance of Free Cities, and the only member that is not part of the mainland.

Vega 5 is built on the partially sunken wreckage of a giant spaceship, so there are no windows for large parts of the structure[1] and plant life is sparse. There are no deciduous trees, so the local nature does not change appearance much as the seasons shift to autumn.[2] The local fish are edible but taste "too salty," according to Qiwa.[3]

Vega 5 is a city that values knowledge and technology. The general mood of the people is more serious than that of Portia.[4][5]

The Stripy Neatness outfit is from Vega 5, said to "immediately upgrade one's attractiveness."

The city has at least one orphanage - the one that Mint grew up in. He states the orphanage's education and management were "extremely strict" and that most children were "assigned to the local government and research institutes."[6] It is likely that he was able to avoid the same fate due to his natural talent at a young age in engineering.[7] Orphans are generally not treated well by the Vega 5 society.[8] Mint describes the food served to the children in that orphanage as "tasteless," resulting in things such as Portia Hot Pot being "a little too greasy and spicy" for him.[9]

The sport of basketball is played in the city.[10] It is currently unknown what other sports are popular there.

There are many relic technology researchers, though their findings are "often top secret" and not released to the public.[11][12] Vega 5 is known to have done research on various vehicles,[13] including a failed attempt at an underwater vehicle.[14]

The city is home to various living AI. They are intelligent, friendly,[15] and treated with the same respect as other living beings.

Vega 5 University, colloquially referred to as Vega 5 U,[16] is a prestigious college. It features subjects such as technology, teaching, and liberal arts like art, music, and history, though its liberal arts program was nearly cut by the new dean.[17]

Not much is known about Vega 5 besides the following:

Up From the Ashes: Humanities Subjects in Vega 5 Uncancelled[] 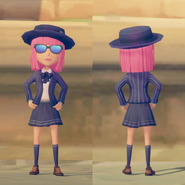 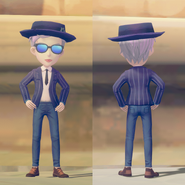