Walnut Groove is a city that shares a border with Portia. It is a member of the Alliance of Free Cities. It also shares borders with The Peripheries, Sandrock, and Tallsky.

Walnut Groove values entertainment and the arts, and is considered the center of culture in the Free Cities.

The people of Walnut Groove are relaxed and carefree, with some store owners only opening for business when the whim takes them.[1]

Many handicrafts are made in Walnut Groove, including Brooches[2] and fine furniture[3].

There is a play that only shows in autumn.

Ginger's alternate outfit can be obtained from the Steam-exclusive NPC Attire Package DLC. Ginger's outfit and its hat can be toggled on or off from her character profile, and any changes to her outfit settings will go into effect the next calendar day after the player wakes up. 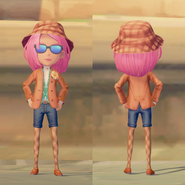 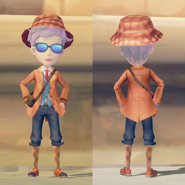 Art of Ginger wearing the outfit

Not much is known about Walnut Groove besides the following:

The player is told about the following: